We, Smulenesians had just celebrated our 5th Anniversary on the 3rd of March 2018, which was held at Lounge 78 in Jakarta.

The event concurrently took place in the other regions of Indonesia such as Medan, Bandung, Bogor, Jogjakarta, Surabaya, Semarang, and even with some of our members who are living abroad such as Singapore, Malaysia, and Japan. And guess what, with the amazing current technology, we get to send our best wishes through a live call conference! Isn’t it awesome!

The event started off with a heartfelt n encouraging opening speech by our newly appointed leaders 2018 @fisyfairy and @buyunkpadavocal. One of our leaders,  @NeiyaHapsari unfortunately could not make it to the gathering.

Nevertheless the event went on smoothly with great bonding and quality time amongst our senior and junior members.

Our MC @rangganovarie and @Titha_Zee, managed to engage the audience with fun games and funny jokes, successfully creating the atmosphere of togetherness and excitement!

Not forgetting the entertainment performed by our talented members from the genres in Smulenesians such as SN RNB: @sevenalic, @rurykareem, @farahagustine.

To our surprise, our members are not just talented in singing, they are excellent dancers as well!  Our light footed modern dance performers  @Mputh, @Voice_aldi and @TOPIIe managed to captivate our eyes with their swag moves.

The cream of the crop A spectacular performance by Mr Soul: @fauzan_ridha

The event was followed by a cake cutting ceremony. As We all sing along the Happy Birthday song in harmony, feeling estactic and a little sentimental.

The event was close with everyone singing together and just like everything else in life, all good things must come to an end, we came with no expectation and we brought back with us a memorable experience and warmth in our hearts.

On the last note, we, the leader of SmuleNesians it is our greatest wish that us being SmuleNesians will want nothing but to move forward and become better. Bringing back that sense of belonging as we are one big family here in SmuleNesians, sharing and creating great music! Though it seems to be a bit far fetched with 5000 members and counting but It’s not IMPOSSIBLE, if everyone do their parts. We, as leaders can only do so much, but the bottom line is, we need your support as members. Hopefully with future SmuleNesians exiciting agendas, we will continue to grow. We want you to stand tall and proud being a SMULENESIANS! 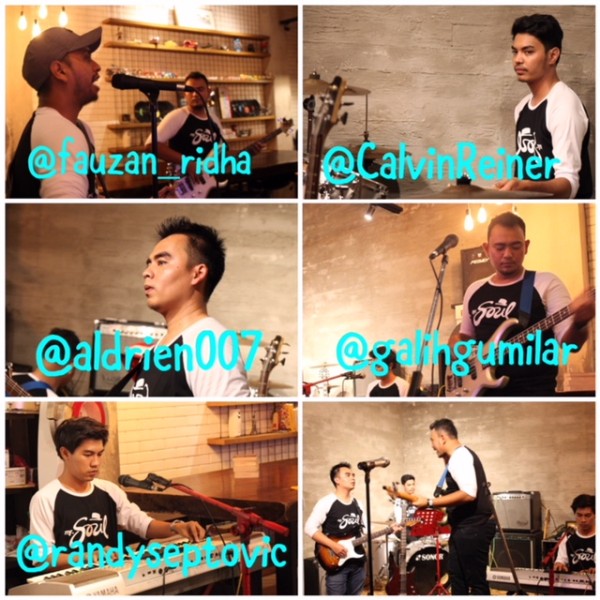 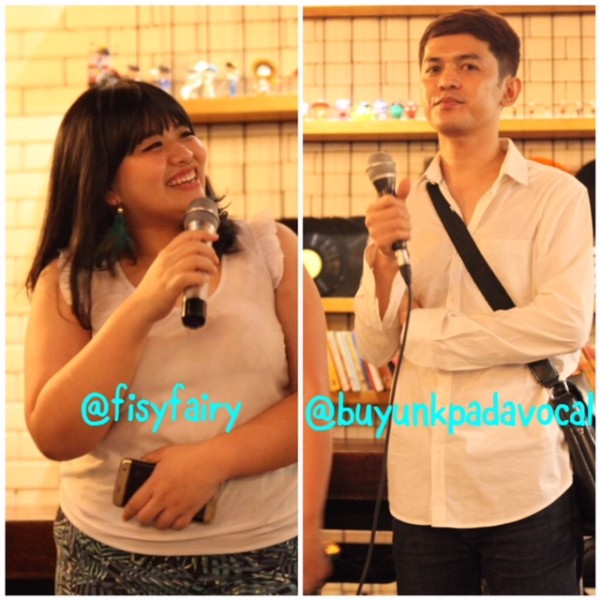 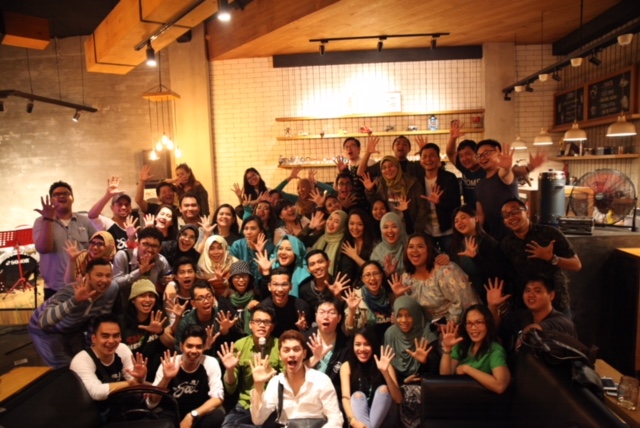 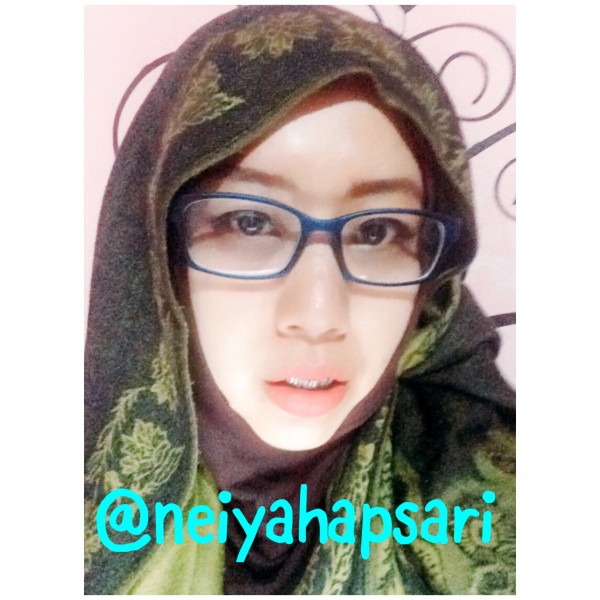 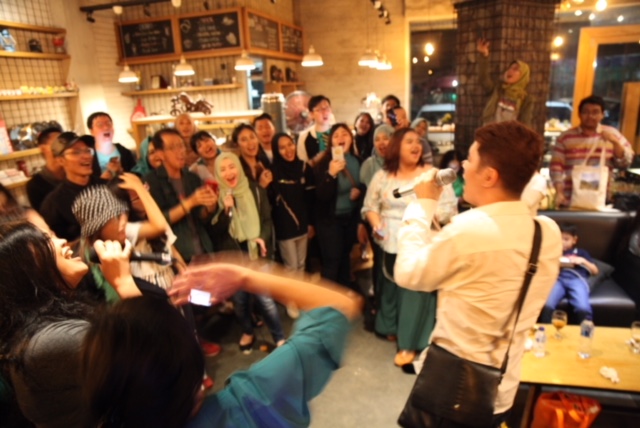 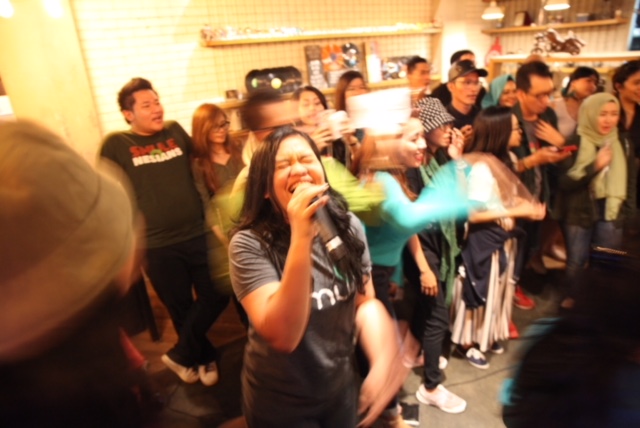 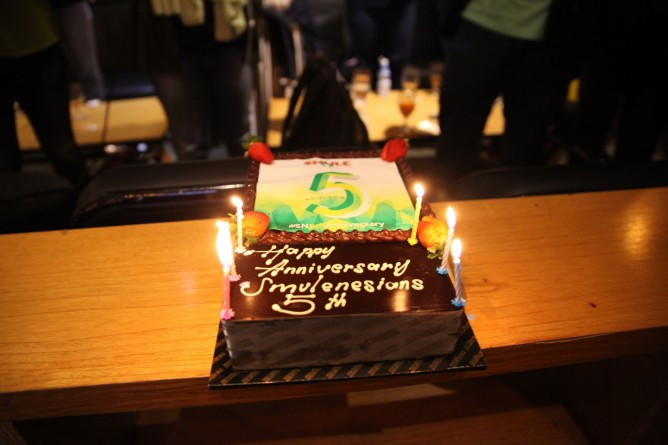 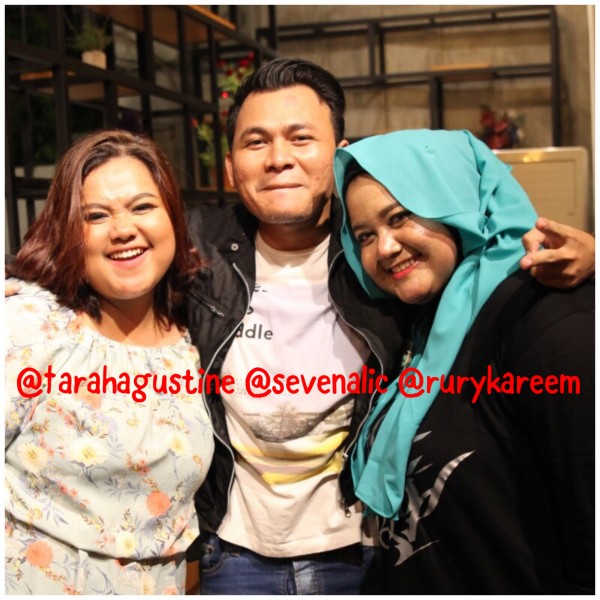 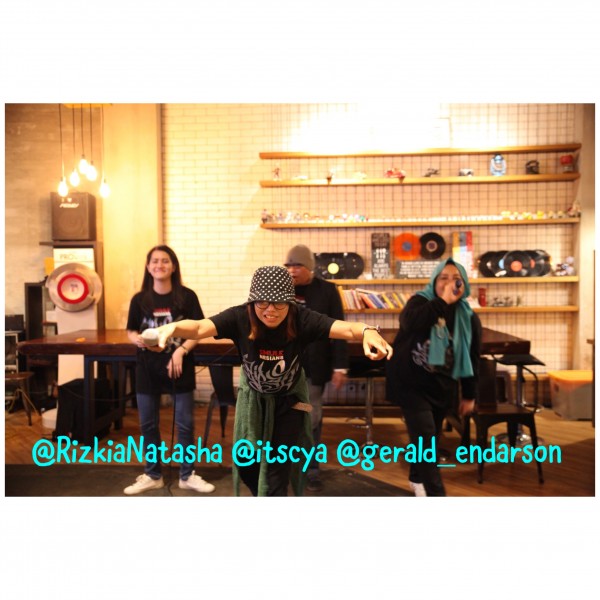 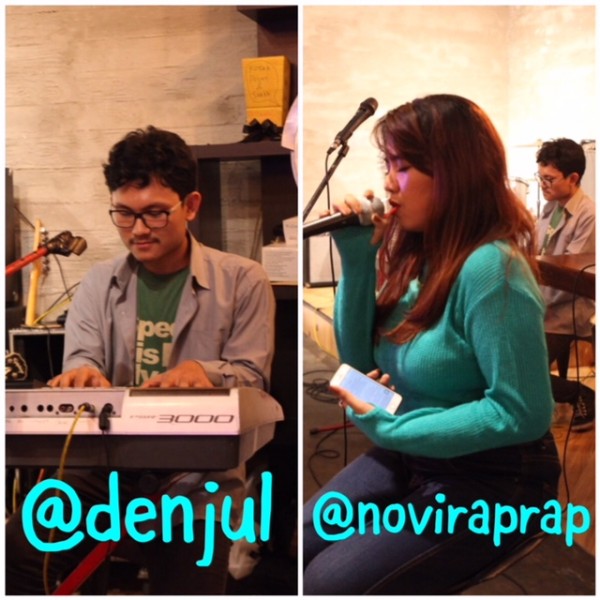 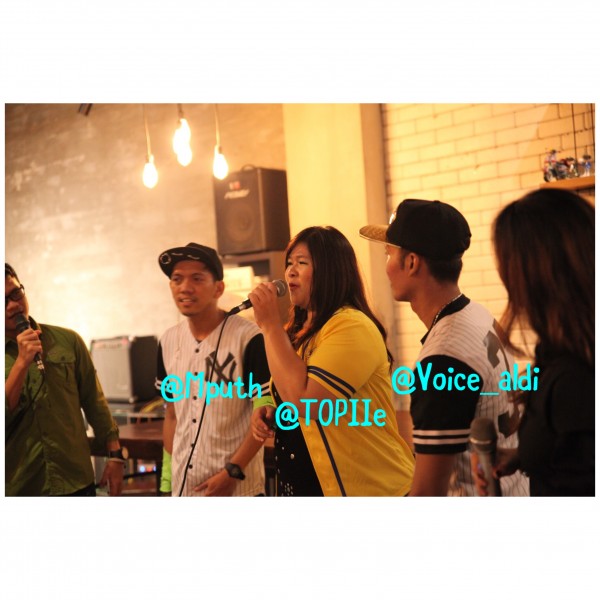 
Comments Off on SmuleNesians 5th Anniversary

Smulenesians, the biggest Smule community in Indonesia, must be proud. Because this year in 2017, they celebrate their 4th anniversary. The community was established in January 14, 2013 and continues to grow rapidly since then. Currently, it has more than 1800 official members.

SmuleNesians successfully held their anniversary celebration on February 5, 2017. Located at Eleven Trees Café, Jakarta – Indonesia, more than 80 members were happy to come to the gathering. Unpredictable weather didn’t deter the spirit and enthusiasm of the members to attend and participate in this annual event.

The event started at 11:00 AM. The guests were asked to register themselves in advance, and then they were having lunch together with the buffet menus from the café. Warm impression felt at the luncheon that time. The guests greeted each other, and there were also laughter. There was no distance at all among them.

The gathering was hosted by MC @AndyLeeGouw. The founder of SmuleNesians, @iKingYamosGani gave speech first, followed by one of the SmuleNesians Leaders for second generation, @Ariyanti. There was also an introduction of the new leaders for third generation, they are @Achieoseven, @NehemiaHelmy, and @Ozzy_Genjrit.

A rousing welcome was given to all new three SmuleNesians Leaders. They bring a big responsibility to continue what former leaders did, to make SmuleNesians into a medium or community that can accommodate and bridge the musical talents of its members to be better. Surely this can be achieved not only from the hard work of the leaders, but also by the support and participation from the members.

After all speeches and introduction of the new leaders, everybody couldn’t wait for the ceremonial, to blow candles on the anniversary cake and cut the cake. Then the founder gave the first piece of the cake to the new leaders.

As a community that originated from Smule, it is certainly incomplete, if we don’t sing together at least one track on Smule Sing! app. All the guests did a mass karaoke and sang together at the moment, covering a song from Mr. Big, To Be With You. It was recorded on Smule Sing! video. The people were organized and divided into three groups to do lead vocal, harmonies, and adlibs.

You can also see the mass karaoke here in official Smule Sing! account of @SmuleNesians:

Everybody was so happy to meet, knowing each other directly outside Smule, and sing together on the gathering.

Last but not least, we hope that in the future SmuleNesians could be growing in both quality and quantity of the members. It is expected to become a community that can be reckoned with in music world, especially Indonesia. Success for all of us! 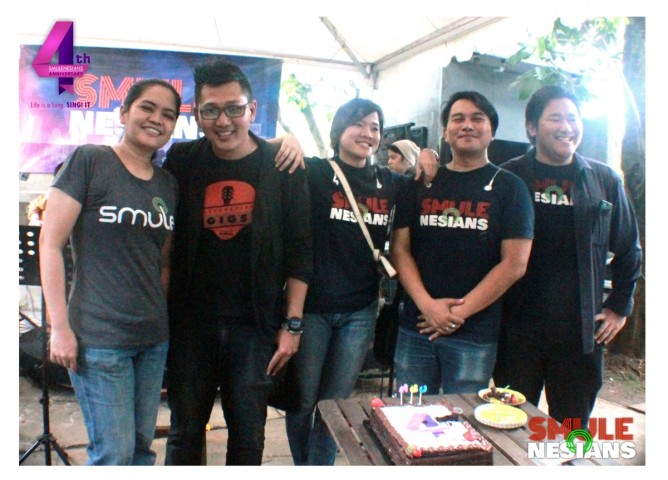 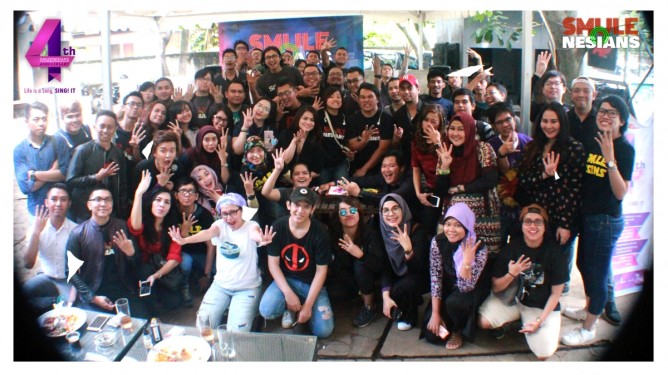 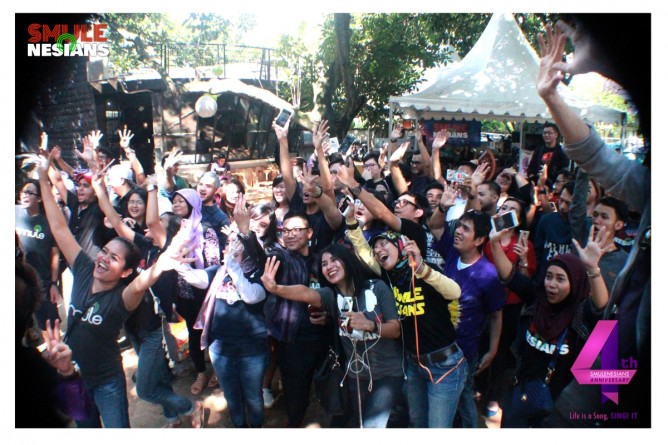 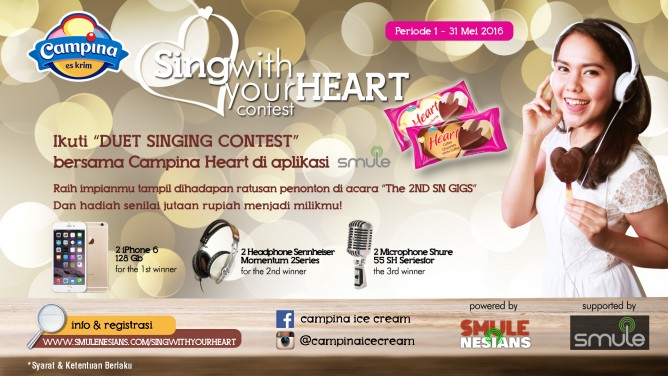 Great news for our Indonesian Smule Sing! users!! SmuleNesians (the Indonesian Smule Community) is having a huge event: #SingWithYourHEART Duet Contest! The contest, which is supported by Campina Ice Cream and Smule, is going to be held between May 1 to May 31, 2016.

NOTE: This is not a Smule initiated contest.

These are the steps to be a part of the contest:
Prizes (both for the winner and the partner)
The Winner: an iPhone 6 – 128 Gb; a trophy; performing LIVE at the 2nd SN GIGS (including transportations and accommodations); and a free 3 months Smule VIP subscription.
For more info and registration, click: www.smulenesians.com/singwithyourheart


Comments Off on #SingWithYourHEART Duet Contest

The SmuleNesians are widely recognized around the Smule Community as the Indonesians based Smule group and one of the first Smule groups to form on Smule. Not only does this group collaborate to make, cover and join amazing performances, but they also are hugely involved in contributing to their local communities while aiming to connect their local communities through music. Learn about SmuleNesians in their own words below:

We will be posting more about SmuleNesians through out the week. Stay Tuned!

SmuleNesians (SN) is an Indonesian community of Smule Sing! App users, and became the First and the Largest nation-based community in the app (almost 2,000 registered members). SmuleNesians released its 1st original single “SHINE” (by SmuleNesians All-Stars) in the early 2014, which  is available in iTunes and in the Official Smule Songbook section of the app. Since then, SmuleNesians became one of Smule’s Official Partner Artist.

Like it is stated on its mission statement: Besides to support each other, SmuleNesians provides the means for its members to develop their skills and passion in singing/music, so they can make great performances within the Sing! App and can give the best reference for music lovers in Indonesia, as well as worldwide. They are also committed to actively support Smule’s programs and to give essential feedbacks to support Smule’s development.

SmuleNesians is also the first community of Smule Sing! that held a Live Concert, namely SN GIGS. The Gig was performed by numbers of SmuleNesians singers and musicians, and it will continue to be held periodically. They will keep continue to grow and to develop themselves, so in the future they can reach their goal: To be the most admired music community in Indonesia and in all over the globe.

Check out the SmuleNesians on the Hot Recordings Section.

Smule Stories are Your Stories

There are very few things at Smule that we are more proud of than this special community that has grown from our mutual love of music. We stumble upon the most amazing stories within our community, from how Smule has touched the lives of users to how different community members have connected through Smule.

Last week, we uncovered a special new program for the Smule community called Smule Presents, which allows us to highlight Smule users through music videos. Today, in a similar but more personal vein, we are introducing Smule Stories, another program that highlights you but focuses on telling your unique story through a mini documentary.

The video above is a small introduction to Smule Stories! For this intro, we wanted to speak with users all over the world so we interviewed them via Skype. For ongoing Smule Stories videos, we will be sending out the Smule Studio crew to interview you in person and record a professional 5-minute documentary.

Do you have a Smule story? Please let us know! Here are some questions that may inspire you to share your story: How has music and Smule changed your life? Did you meet someone special on Smule? Has music and Smule helped you overcome challenges or hardships?

Please send a short summary of your story and the best way to contact you via email tocommunity@smule.com.  We look forward to hearing your own special Smule story!

Stay tuned for Kallie’s story (@kalliestarmusic) coming out in January!


Comments Off on Smule Stories …

This is a contest hosted by Smule community group the SmuleNesians.  Join a duet with Mocca and you could win an opportunity to perform ON STAGE with Mocca at a SmuleNesians gig in Janurary!

There will be 1 Winner and 9 Runner Ups. The Winner will be flown to Jakarta, Indonesia and get a chance to sing with Mocca on stage at the next SmuleNesians gig (hopefully at the end of January 2016). Runner Ups will get Mocca’s newest CD album and probably some other swag from Mocca and SmuleNesians.

How will it be judged:

The judges will include Mocca’s personnel and some SmuleNesians representatives. The results will be announced on Jan 16th, 2016.


Comments Off on SmuleNesians: SING WITH MOCCA