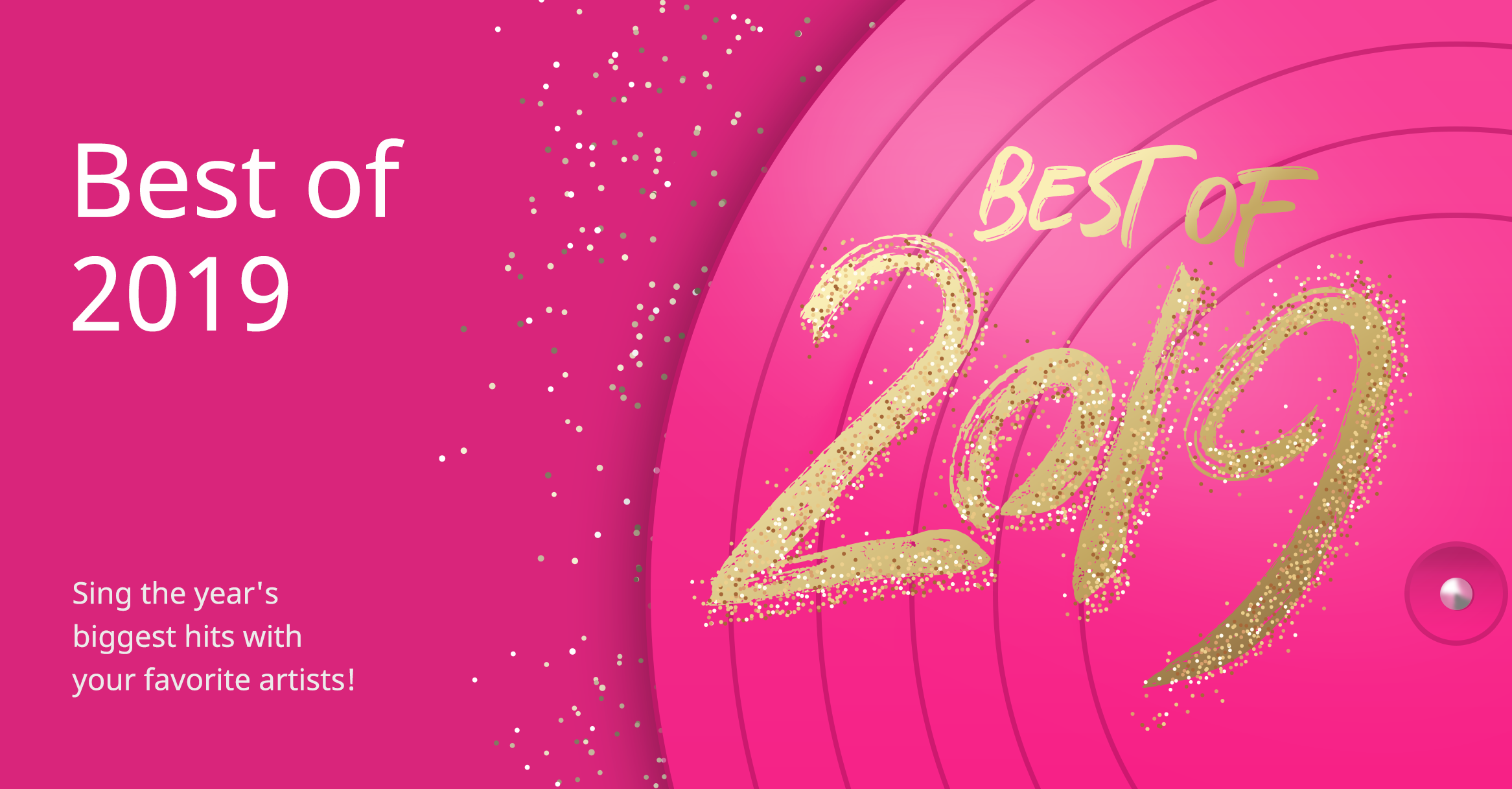 It’s that time of year again – the time to reflect on all of the great things that happened over the past year. What better way to celebrate than to look back on all of the amazing “Sing with the Artist” duets we have featured on Smule!

We are pleased to announce the annual release of our Best of 2019 list in the app. Log in or download Smule to sing a duet with some of your favorite Partner Artists of 2019.

Check out our Best of 2019 picks in Smule today! 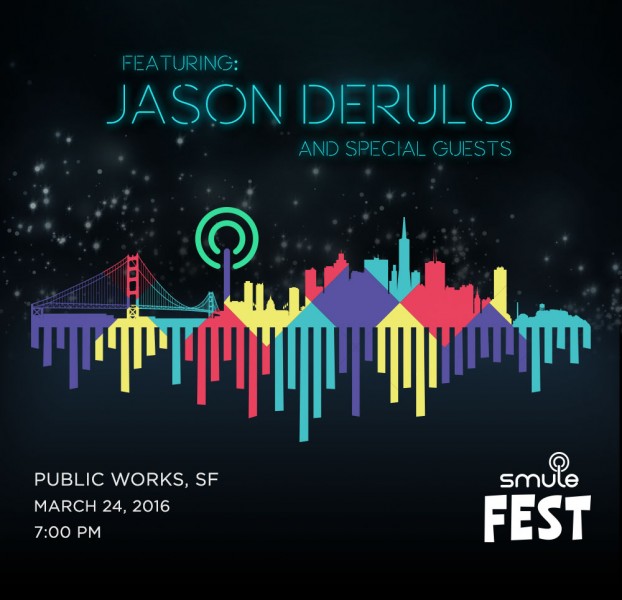 RedFoo is an American rapper, dancer and record producer. He is better known from LMFAO with his partner Sky Blu. The two of them came together and released their song “Party Rock Anthem” which peaked at number 1 on billboard top charts in USA, Canada, UK and over 10 other countries.

Today on Smule Sing! Karaoke RedFoo from LMFAO comes back with his new single “Juicy Wiggle” from Alvin and the Chipmunks! So put on your dancing shoes and rock on! 🙂


Comments Off on Sing “Juicy Wiggle” with RedFoo

Well, actually, it fits in the palm of your hands, but our excitement is huge!  Sing! Karaoke is now on the new Apple TV!  Imagine the party you could host for your Smule Local Meet up!

Sing! for Apple TV is not just the existing mobile app modified for the big screen, but an entirely new experience in social singing designed specifically for Apple TV and the living room. Sing! not only transforms Apple TV into a high-octane karaoke machine, it invites a world of singers into your home.

Have a party, have a meet up! When you’re ready, select your song, then swipe the Touch remote to virtually travel around the globe and find someone from the Smule community to sing with. Just like you can on your phone, you can duet alongside celebrity Smule Partner Artists on Apple TV like Jason Derulo, Luke Bryan, Jessie J and many more!

Want a mic? Use your phone!  Download Sing! for the iPhone and connect it to your Apple TV over Wi-Fi to use your phone as a mic. You can adjust reverb and volume controls while singing. Multiple iPhones can be connected to the Apple TV – up to 2 people can use their phones as mics, while others can queue up songs on the party playlist. Choose from the ever growing Songbook, currently containing more than 100,000 songs from just about every genre and style of music.

To celebrate the launch, Smule is offering all Apple TV users unlimited access to all songs within the Sing! app for a limited time. So, download Sing! from the App Store on your Apple TV and try it out today!


Comments Off on Sing! Karaoke by Smule on Apple TV


Comments Off on Call Me (Acoustic Cover)

Iggy Azalea’s “Fancy”: An Anatomy of the Song of the Summer

Iggy Azalea’s “Fancy”: An Anatomy of the Song of the Summer

Iggy Azalea’s “Fancy” ft. Charli XCX, which debuts this week on Smule’s Magic Piano, has been crowned the “Song of the Summer.”

But what exactly makes a “song of the summer”?

We posed this question to David Young who, as Smule’s licensing coordinator, hand selects many of the songs that go into the Smule catalog. David also happens to be a voting member of the Recording Academy, the organization that determines each year’s Grammy Winners, so he knows a thing or two about musical quality.

Read on to find out his answer.

“Songs of the Summer are usually upbeat, non-serious, widely approachable songs,” said David. “They all have the inherent catchy ‘it’ factor. And the recent ones have been very hook-based, and are very danceable. Also, music videos seem to have played a role as well in extending popularity. ”

“Interestingly, ‘Fancy’ isn’t very upbeat,” David pointed out. “While the track is still fun, it has a slower, darker feel than previous songs of the summer. It’s also more of a minimalist hip hop groove, rather than a four-on-the-floor anthem. Lyrically, it’s defined by its elements of bragging and hyper-confidence, in the style of Pop Rap and Swag Rap. This all makes it a bit of an outlier.”

There’s another factor to consider – frequency.

“There is also the classic idea that the song of the summer can be heard emanating from cars, boom boxes, bleeding from people’s headphones, at clubs, everywhere you go,” David said.

That means heavy rotation on the radio matters – a lot. If the track has a sufficient number of hooks and is fun, major label and radio executives can decide to put enough marketing support behind it to ensure that it’s heard on every radio station and with enough frequency that it eventually becomes an earworm. Clear Channel’s iHeartRadio On the Verge Artist program is designed to do just that – executives of the radio conglomerate select a handful of singles to spin at least 150 times over six weeks for its 245 million monthly listeners.

There’s very little science behind the song of the summer, however. In fact, it remains stubbornly subjective, even in a digital era where just about everything can be measured and turned into a chart race. Rolling Stone’s Songs of the Summer list, for example, is very different than the lists that E! and Billboard came up with.

At the end of the day, the song of the summer is somewhat of a personal answer to the question of which song best captures that season’s zeitgeist for you. Read this article to get one person’s look at the last few decades of hot summer songs, for example.

Much as beauty is in the eye of the beholder, the song of the summer is in the ears – and personal experiences – of the listener.


Comments Off on Iggy Azalea’s “Fancy”: An Anatomy of the Song of the Summer